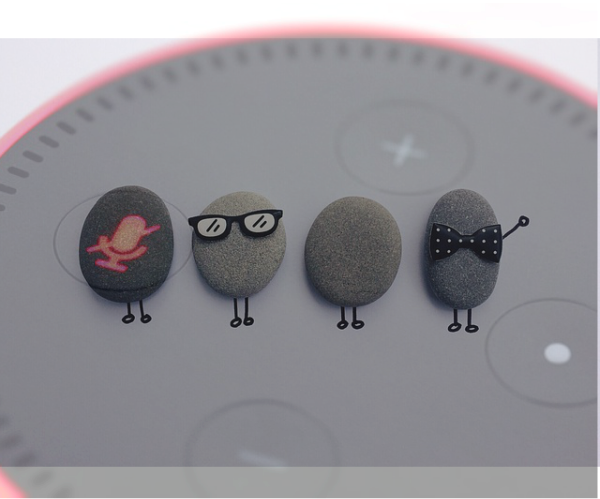 The introduction and adoption of Intelligent Personal Assistants (IPA) such as Google Assistant, Apple Siri, and Amazon Alexa have, to some degree, changed a customer`s journey. It`s over 7 years since the advent of the first IPA, so it would be the right time to ask this follow-up question – will this trend catch up with the Enterprise world soon? Is it time for smart personal assistants to move from home to business?

For an answer, one needs to look into how consumers have been using IPAs so far, their performance, the rate of adoption, and the development and use of technologies underpinning digital voice assistants.

In a matter of a mere decade, the role of customer relations – managing interactions between clients and companies – has gone from making phone calls to being omnichannel. Now add to these touchpoints one more, the personal digital assistant.

The “intelligence” in the IPA comes from the use of Artificial Intelligence (AI) technologies such as Speech Analytics (speech recognition and processing), Natural Language Processing, and Machine Learning.

The virtual personal assistant app landscape is still evolving, though tech biggies such as Apple, Amazon, Google, Microsoft, Facebook, and Samsung have already released not only their own versions of IPAs but also several apps, services, and devices aimed at tapping into this emerging market. At last count, Amazon had added 45,000 skills developed by 3rd parties to Echo Alexa. But what stands out when one looks at some of the surveys around these personal assistants is that after the initial hype, their adoption rate has slowed down. Voice assistants are being touted as the “next tech disruptor”….. and everyone’s waiting for that to happen.

This, however, has not deterred other companies from launching newer assistants. Everyone wants to better consumer interaction by introducing voice-guided interaction mechanisms, new interfaces, and so on. The resultant data from all this is like a virtual gold mine for a company, to be used to make sense of a consumer`s journey. Various forms of analytics such as intent analytics will also let these tech companies understand their customers even better.

But the adoption rate is something that those working on these IPAs agree, needs to be bolstered.

The use of such conversational systems in an Enterprise represents a huge opportunity to make data analytics accessible across business users. The slowdown in the ingress of virtual assistants notwithstanding, some studies show that some workplaces, at least, have not lagged in its early adoption. A recent survey by Spiceworks of 500 IT professionals in the US and Europe showed that about 24% of large businesses were using Siri, Alexa, and other assistants in some capacity or the other. But, as even the study underlined, the use of IPAs by businesses did not go beyond their initial use, voice-to-text dictation.

So, while the study did predict an adoption rate of over 40% by 2019, it`s just not only about quantity. Quality, that is the roles that businesses will assign to such AI-run “business assistants”, too, is important.

Just imagine a key member of your Sales team, rather than going through reports of the past 6 months’ sales trends or peering at a dashboard, simply using his phone or PC to ask his Enterprise IPA  for the details? The AI-driven agent not only informs him of the past trends but also forecasts what will happen in the next 6 months.

Such assistance in an Enterprise will be not only be powered by technology that understands human language but can also analyze vast amounts of data. It will use algorithms to offer not only intelligent insights but even recommendations on the future course of action in the context of a particular business or operation.